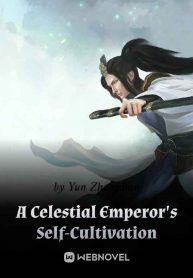 A Celestial Emperor’s Self-Cultivation Average 4.1 / 5 out of 50

[Elixir of Ascension: If one can improve ***, ***, and 19 other features of the elixir, its efficacy will be enhanced more than five times.]

[Verdant Emperor Sword Technique: If one can improve ***, ***, and the remaining 37 flaws, the technique’s power will increase seven times.]

[Chu Xiaolian: Fallen genius. The spirit remnant of an ace lingers on his body. His wedding had just been called off, and he’s now extremely eager to become stronger. ——Admiration Points: 85]

Traversed to a Cultivation World and became the legendary Chief Disciple of the Unyielding Sword Celestial Sect.

Li Hanguang discovered that he could inspect the information of all things and replicate the power of others after gaining their admiration.

A god-level poser is born!

this is good … please pick this!

I Raised the Villains Preciously

The Genius System Without Equal

Apocalypse Of All Races