After a Terrifying Resurrection, My Visualization is the Sun! 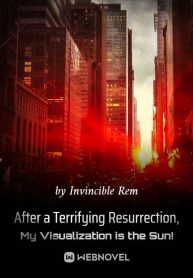 After a Terrifying Resurrection, My Visualization is the Sun! Average 4.3 / 5 out of 47

You’re Reading “After a Terrifying Resurrection, My Visualization is the Sun!” Novel at WuxiaWorld.Site

After Kyle reincarnated, he discovered that this world was filled with demons, vampires, werewolves, evil spirits, evil wizards, dark spirits and other terrifying supernatural creatures. Humans were supernatural beings who could constantly evolve by visualizing objects.
However, while other people visualized swords, flames and animals, Kyle’s visualization was the sun in the sky.
By visualizing the sun, he evolved [God: the Domain of the Sun].
By visualizing sunlight, he evolved [God: Golden Sunlight].
By visualizing the body of the sun, he evolved [God: True Body of the Sun].
Powerful supernatural beings could eventually merge with their visualizations and become one. Some people became swords, flames and animals.
One day, Kyle also reached the point where he could merge with his visualization.
When he arrived at the source of all the horrors of the world, he became the sun and destroyed them all!

Not bad of a novel, I’m just hoping it keeps that same energy

For all those lazy people who don’t want to read through the whole story i’ll give you a summary from my knowledge and my perspective.

-First the powers are pretty cool but the world building is brief that could be a bit better but for just this aspect it leaves it on a nice 4.9 stars.

-Second the lolita i mean a lot of stories do this but it seems like she’s going to be their more and more and i hope the relationship doesn’t develop farther than being a older brother figure or a good friend but that gives it a 4 stars because the outccome is unknown so i can’t say it will or won’t so i’m giving it the possibility.

-Third the special hq whatever i can’t remember the name but it seems a little bit unnatural to me their relationship despite the fact that they help him out a little bit sometimes it doesn’t make sense first how fast he made a visualisation(Fire type is what they think sun is what it actually is) i mean but that falls on the world building because they never really explained the techniques and how fast your can form them in detail.

All in all 3.7 but don’t take the 3.7 to heart it should be able to get better overtime so give it a read because you don’t know how the story will progress like how i was skeptical to read The Descent of the Demonic Master because the first few chapters were boring but after a while of not finding any good reads i checked it out and i genuinely loved it still keeping up with it’s updates.

Not a bad read

Ok to simplify it i like it now i feel like the story got better (and or the quality.) i can give you all a huge paragraph like a previously did but i’m currently chilling.

I hope it won’t stop when the chapter reaches 40

loved it 4.5 just because it stopped uploading

Hey can u continue write remaining chapters. This novel is pretty fascinating.