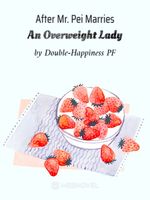 She is reborn in the ward she’s most familiar with, in the body of a 200-pound pregnant woman—a woman who had died from pain during a Cesarean section due to her requests to not use anesthesia.

She can’t help but worry about herself. This body was useless except for being young.

How could Xia Qing tolerate this?

On the menu are—revenge, losing weight, and snatching the idolized man of a scumbag girl in passing. Although she’s overweight, she strives to live well. Being overweight isn’t the end of days. They still deserve love.

“Have you heard? Boss Pei has a child out of wedlock. He’s getting married!”

“That 200-pound fatty from the Lin family of South City!”

Pei Zhengyang looks at the voluptuous woman. “Not at all, just nice to the touch.”

Uwuuuu, I like the novel. I hope they still continue to update and translate

I’ll Be The Warrior’s Mother