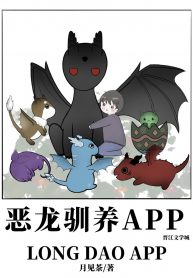 Ning Chu downloaded a western fantasy app called “Dragon Island” during winter break, in which you can raise various small dragons.
The game was beautifully drawn and unique, and the little dragon cubs are super cute and lovable, so Ning Chu quickly got hooked and raised a dozen of them with crazy funds.
The little dragon cubs vary in character and preferences, and Ning Chu works early and late every day, hunting and cooking, cutting down trees and building houses, sewing clothes for the little dragon cubs, playing with them, and singing children’s songs to put them to sleep.
Unfortunately, before the little dragon cubs grew up, Ning Chu met with an accident.
When he opened his eyes again, Ning Chu transmigrated.
He came to a strange and different world where there were wizards, dwarves, elves, half-therians, and… giant dragons.
Ning Chu was unlucky to have just crossed into a dragon slaying battle, where the huge creature raised its claws at him in the dusty atmosphere.
But… the red scales, the curved horns, and the hot flames coming out of its mouth…
This dragon, how come it was so similar to the cubs he raised?
——
Legend says that dragons are the product of God’s creation.
God favored the dragons, gave them great strength, a long life, and raised them personally. But from a certain day, the miracle disappeared and God abandoned the dragons.
The young dragon cubs lost their love and care, wailing in the cold night, stumbling to grow up, and eventually became ferocious and tyrannical dragons.
Later, God came again.
Ning Chu: oooh my cubs, daddy is back!

Meet You When the Night Ends

A Dungeon Beneath My House Let Me Gain 800% EXP