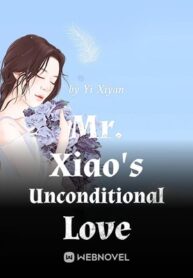 Wrongly imprisoned for a crime she did not commit, Ye Qiao was freed from the iron gates that locked her away for seven years with nowhere to go, no one to see, and nothing to move on to following the passing of her husband, who she had never appreciated. The man was part of the Special Forces and had been killed during a mission.
She thought she would never cry again after being hardened by the hard knocks of prison life, but there she was, weeping for the man named Lu Beixiao. He had spent his entire life loving her, truly and deeply, but she had been misled by her own stupidity and lack of trust.
On her first day out of prison, she found herself in an accident and learned that it was actually a homicide, presumably by the same people that had killed her husband. “Boss, there’s nothing to worry about. She is going to die for sure,” the stranger’s voice rang in her ears.
Even though she was going to die, all she could think of was that she wanted to see her husband again in her next life and find her way back in love.
She must.
All of sudden, Ye Qiao awakened to her life twenty years ago! It seemed that she had been given another chance to right the wrongs of the past, but would she be able to overcome the obstacles that had held her back in her past life? Who was the man responsible for her death, and would he prevent her from doing so?

AND THIS IS WHAT I EXPECT FROM A ML!

So…I’m finally starting this after I have now deemed the amount of chapters to be appropriate for me to binge through. This will probably take a day and a half for me to catch up on, perhahps even more. Along with the occasional side read of my my main novels that get updated in real time hahaha.

Bruh, Ye qiao is just too toxic, so many shit that go out of her mouth omg, i feel bad for Su Mu this dumb bitch should slap the shit out of her

308 – Translations are all over the place, names flip flop, he is sometimes a she and she is sometimes a he, I now have no idea if SuMu is actually as male or female, and I don’t know why Ye Qiao is suddenly a potty mouth around SuMu as well. Chapters jump about out of sequence and also sometimes repeat itself much later on. This series takes place around 1995 and the direct translation of a mobile phone being called big brother is just confusing. There isn’t a quality check on this series which is a shame. After all that time and effort invested in translating 308 chapters, the jarring mistakes and low quality brings down the enjoyment of reading.

Tsk when u don’t got a life..u talk shit then tsk

This family is funni..

Bruh, Crayfish are good but those things can earn you a one way ticket to the ICU if you’re not careful. Especially the heads. I sometimes find them too ‘fishy’ though. If that makes any sense.

Where is the next chapter?

Is this worth reading or not? I’m asking cuz I saw the rating kinda high = 4.5

The translation quality really went down after a hundred chapters. It’s all MTL.

So many duplicate chapters! So many chapter skips! So many out of order chapters! The only reason I’m still reading is because the story itself is really nice and I want to see how it ends.

ML and FL suck. FL is always whining to her son, who she indirectly killed, like a baby. Everything is basically done by that kid. He saved both of them countless times and is still not appreciated enough. ML is just like any other over-possessive charachter in chinese novels. He spanked her multiple times in front of everyone in order to ‘punish’ her in one chapter. FL is still worse than ML though.

The Male Lead’s Boyfriend is Obsessed With Me

Being a Lady of an Influential Family

The Apple of the Ruthless CEO’s Eye: My Sweet Wife Is so Adorable