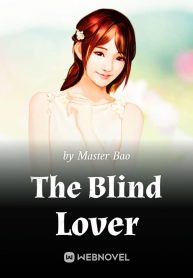 Qin Yu had lost both her parents when she was young and was all alone. Since then, she lived in her father’s comrade-in-arms.
Due to the huge inheritance that her father had left behind, her foster mother had attempted to murder her repeatedly. In order to survive, she could only pretend to be a mentally disabled child.
It wasn’t easy for her to reach adulthood, yet her foster mom wanted to marry her off to a powerful and influential family.
She heard that her fiancé was blind and had a violent personality.
However, no matter how ruthless he was, was he as ruthless as her foster mom?
In order to escape from this terrifying family, she decisively agreed to marry that person in her sister’s place.
Soon, news of a fool marrying a blind man spread like wildfire.
Their marriage had become the hottest laughing stock locally.
However, after she married him, she realized that everything was not what the rumors said.
Her husband was not blind at all, and he was not cruel. He was gentle and refined, and he treated her like a treasure.
And she wasn’t a fool. She’d only pretended to be a fool to flee from her foster mom’s attempted murders.
What surprised her, even more, was that she had known her husband for a long time. A long time ago, they had been best friends online.
It was no wonder that her husband was as cold as ice to all women, lying that he was blind and unapproachable. But in front of her, he was as gentle as a lamb and did not hide anything.

This is so damn good! Gosh, please continue translating this, it’s totally worth it.
Also, does anyone know where can I find the raws for this? (it’s not there on MTL﻿ ﻿)

damn chapter 40’s end is such a cliffhanger! Please update chapter 41, I really want this to be more than just a trial.

I am still waiting for this to be updated, PLEASE!

Can someone say when they confess to each other? Cause I’m the type of person that could not watch Smallville because Clark kept his identity q secret from Chloe for 4 seasons

My Hubby is a Business Mogul