A Fierce Evolution Starting from a River 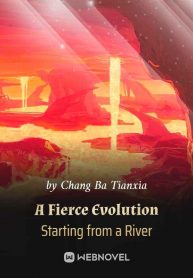 You’re Reading “A Fierce Evolution Starting from a River” Written by Chang Ba Tianxia at wuxiaworld.site

Reborn in a world surrounded and watched by gods, where numerous clans were living, I became a river. By the river, the willow nourished by me reached the sky. Its willow branches spread to all planes. On the bank, the equinox flowers nourished by me blossomed. They could make everything in the world wither. In the river, countless people were buried. Even gods or demons could not cross the river. Wherever I flew by, there were empires of elves that adored nature; there were powerful empires of beast-men; where equinox flowers blossomed, there were demons who guarded the netherworld. Some people called me the Long River of Time and Space because I flew through boundless planes. Some people called me the River of Netherworld because there was no world that I could not bury. However, my favorite name was the Long River of Destiny, because wherever I flew by, I took everything under my control and I got to decide everyone’s destiny.

I love this. Bring on the God-creation concept novels!!

They better pick this up or else………..

A river becoming stronger a long with mice, a dragon, a tree, a demon and more. Of course all are unique.

Good pace. It doesn’t gets fixed on unnecessary details like the flora and fauna in the ocean causing a deviation in the story.
More chapters, please!

God I hope this novel will be chosen

Yeah absolutely worth the read. Not sure if this is a must-read yet but you won’t regret reading it

btw author has already dropped this,
any way’s link to raws-
https://www.uukanshu.com/b/148570/

Being the Chieftain of a Moe Tribe

I Have a Miniature World

I Obtained a Super Farm in an Alternate Dimension!